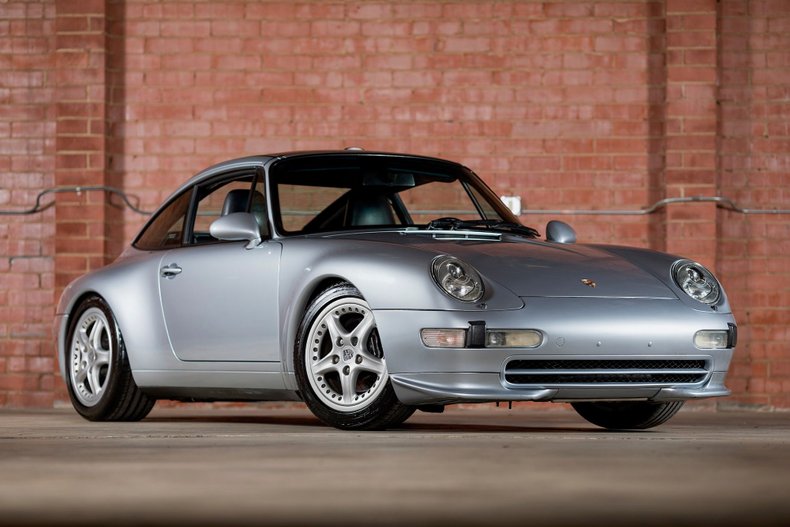 The Porsche 993 is the internal designation for the Porsche 911 model manufactured and sold between January 1994 and early 1998 (model years 1995–1998 in the United States), replacing the 964. Its discontinuation marked the end of air-cooled 911 models.

The 993 was much improved over, and quite different from its predecessor. According to Porsche, every part of the car was designed from the ground up, including the engine and only 20% of its parts were carried over from the previous generation. Porsche refers to the 993 as "a significant advance, not just from a technical, but also a visual perspective." Porsche's engineers devised a new light-alloy subframe with coil and wishbone suspension (an all new multi-link system), putting behind the previous lift-off oversteer and making significant progress with the engine and handling, creating a more civilized car overall providing an improved driving experience. The 993 was also the first 911 to receive a six speed transmission.

The 993 had several variants, as its predecessors, varying in body style, engines, drivetrains and included equipment. Power was increased by the addition of the VarioRam system, which added additional power, particularly in the mid-ranges, and also resulted in a more throttle noise at higher revs; as a consequence, resulted in a 15% increase in power over its predecessor.

The external design of the Porsche 993, penned by English designer Tony Hatter, retained the basic body shell architecture of the 964 and other earlier 911 models, but with revised exterior panels, with much more flared wheel arches, a smoother front and rear bumper design, an enlarged retractable rear wing and teardrop mirrors.

The Targa version of the 993 was introduced in the 1996 model year and saw the debut of the so-called "greenhouse" system: a retractable glass roof, a design continued on the 996 and 997 Targa. The glass roof would retract underneath the rear window revealing a large opening. This system was a complete redesign, as previous Targa models had a removable roof section and a wide B-pillar functioning as a roll bar. The new glass roof design allowed the 993 Targa to retain the same side-on profile as the other 911 Carrera variants and finish without the inconvenience of storing the removed top of the old system. The Targa is based on the 993 Carrera cabriolet with the Targa glass roof replacing the fabric roof.

When this 993 Targa left Stuttgart, Germany it would land at Don McGill Porsche in Houston, Texas, where it would meet its first owner and enjoy the majority of its life in Texas and eventually find its way to North Carolina with its seller in 2010. Desirably equipped with option 220 "Locking Differential" and 224 "Active Brake Differential", this Targa was ordered with the driver in mind.

The accompanying Carfax history report shows no accidents and incidents and a majority of its bodywork wearing the same paint it left Stuttgart with. Today showing signs of use commensurate to its mileage, this 993 is ideal for the driver who doesn't sweat the small stuff, but treasures originality.

During its previous ownership, the car would enjoy use in some high performance driving events with the Porsche Club of America. Through this, several refinements were made to make the car more focused and better handling. The following modifications were made during this period of time:

This 911 comes equipped with documentation for the past thirteen years, all manuals, tire air pump and emergency jack . The Targa underwent a service in November 2019 with a replacement of engine oil and filters, and a valve cover reseal. This 993 is now ready to be enjoyed on a good conscience.