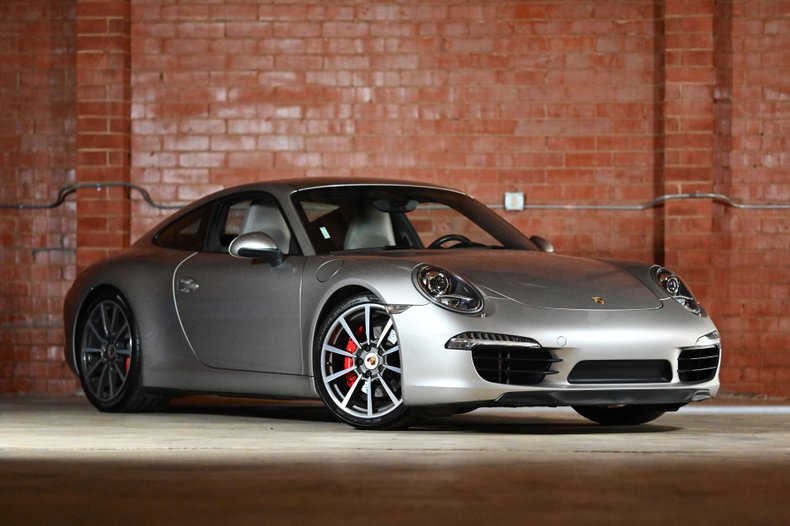 The ultimate all-rounder. One car to do it all.

The Porsche 991 is the internal designation for the seventh generation of the Porsche 911, which was unveiled at the 2011 Frankfurt Motor Show as the replacement for the 997. The 991 is an entirely new platform, only the third since the original 911 launched in 1963 (the 996 of 1999 was the second new platform). In typical Porsche fashion, the weight was reduced from the outgoing model to 3,042 lbs for the manual Carrera model, due to the use of high-strength steel, aluminium and some composites

The Carrera model utilized a 3.4 liter boxer engine with direct fuel injection generating a maximum power output of 345 hp and 288 lb⋅ft of torque. The Carrera S was motivated by a 3.8 liter variety generating 395 hp at 7,400 rpm and 325 lb⋅ft of torque at 5,600 rpm. The lightning-fast PDK (Porsche Doppelkupplung) was available as an option for all 911 models as a 7-speed transmission, featuring manual and automatic modes. The PDK is essentially two gearboxes merged into a single unit and thus requires two clutches

This 911 emerged from Porsche's Zuffenhausen manufacturing plant on December 2011 destined for the United States. It would eventually be delivered to its first owner at Foreign Cars Europa, in Greensboro, NC and later to the seller in South Carolina. Now showing only 33k miles, this Carrera S was enjoyed and well maintained, as supported by its thick binder of maintenance records dating back to 2012.

Previously sold as a Porsche Certified Pre-Owned, this C2S was put through Porsche's stringent inspection and met the manufacturer's requirements when sold in 2015. This example shows nicely today and with very minimal signs of use; an ideal candidate for someone looking for a 911 they can do everything with.

The sale of the 991 is accompanied by the original manuals & carrying pouch, two keys, original tool kit, maintenance records from new and previous CPO documentation.