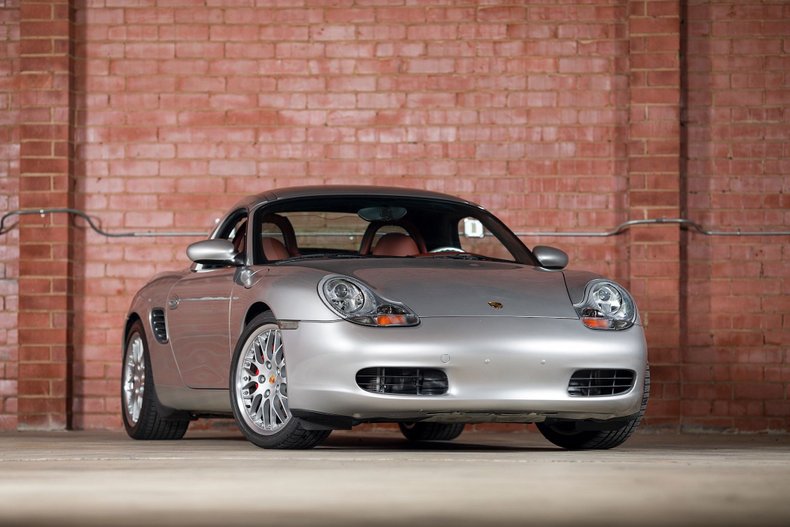 Spiritual successor to the mighty 550 & 718 Spyders

The Porsche Boxster is a mid-engined two-seater roadster. It was Porsche's first road vehicle to be originally designed as a roadster since the 550 Spyder. The first-generation Boxster (the 986) was introduced in late 1996; it was powered by a 2.5-litre flat six-cylinder engine. The design was heavily influenced by Grant Larson's 1992 Boxster Concept that drew inspiration from the 356 Cabriolet, Speedster, and 550 Spyder, and stimulated a commercial turnaround for Porsche.

All 986 and 987 Boxsters use the M96, a water-cooled, horizontally opposed, six-cylinder engine. It was Porsche's first water-cooled non-front engine. In the Boxster, it is placed mid-engine, while in the 911, rear-engine. The flat, mid-engine layout provides a low center of gravity, near-perfect weight distribution, and neutral handling.

This Boxster rolled off the assembly line in February 1998, leaving Europe and finding its way to North Carolina, where it would spend the next twenty years with its original owner. Equipped admirably, this example was fitted with many desirable options as well as the classic Arctic Silver Metallic on Boxster Red full leather interior, evocative of the original Boxster Concept.

This 986 would be used as an occasion car, only traveling a mere 40k miles since new. During this time the original owner had several subtle modifications carried out by the same Porsche dealer trained technician that continues to maintain the car today. There's too much to list, but below are some of the noteworthy items added:

The sale of the Boxster is accompanied by manuals & carrying pouch, original tool kit and jack, spare tire with cover, and maintenance records from new. The value offered by the Boxster and other water-cooled Porsches cannot be ignored, particularly examples that have lived a cherished life. This 986 represents an opportunity to buy a truly turn-key example that's been in the right hands since new.