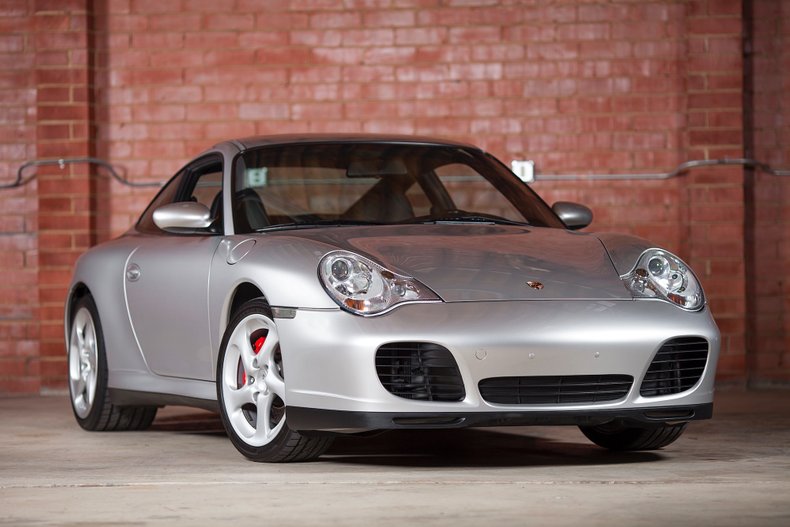 The Porsche 996 is the internal designation for the Porsche 911 model manufactured between 1998 and 2004. The 996 had little in common with its predecessor, with the first new chassis platform since the original 911 and a new water-cooled engine. Technically, it was a major change, a complete breakaway from the original car other than overall layout.

At its debut, the 996 featured the most significant change from the classic 911 series: a water-cooled engine replacing the previously air-cooled engine. Progressively stringent emissions and noise regulations, environmental concerns, a higher expectation for refinement and a high-performance 4 valve per cylinder engine made the switch necessary. Other major changes include a completely new platform having a body with a more raked windshield and re-designed interior.

In 2002, the Carrera 4S model was first introduced. The C4S, as it is commonly called, shares the wide-body look of the Turbo as well as the brakes and suspension. The cars are powered by a 3.6-Liter engine which provided an extra 15 bhp of power (taking output to 315 bhp) and an additional 15 lb/ft of torque (increasing from 258 to 273 lb/ft). Still quick today, the 996 C4S accelerates to sixty in 4.9 seconds onto a top speed of 174 mph.

Mechanically the car is in great shape. During 2018, it had yearly maintenance, a new battery installed and the radio knobs were replaced. Service records go back to new in the file and show routine regular maintenance from new. Critically, the IMS (Intermediate shaft) bearing conversion using direct oil feed retrofit was done in April 2017 at 33,388 miles. As evidenced by the maintenance book, this 996 has been maintained by the same Porsche technician since new.

The cosmetic condition of this car is better than most 996s, as most finishes are original and in excellent condition. The overall interior is in great condition, showing a life of careful use and care. The undercarriage and suspension also look fresh and dry; the car has always been garaged during its life in North Carolina, which you can immediately see upon inspection.

The provided Carfax report lists the two owners in North Carolina, consistent mileage readings and maintenance records, in addition to 'very minor damage' in 2013. A low-speed driveway incident resulted in the driver's side door needing cosmetic repair, which was carried out to factory levels. Paint thickness available upon request.

This Porsche 911 Carrera 4S is offered for sale in excellent original condition, with all books, manuals and a thorough documentation file, showing records back to new. If you have been waiting for an outstanding water-cooled 911 to hit the market, here is your chance.