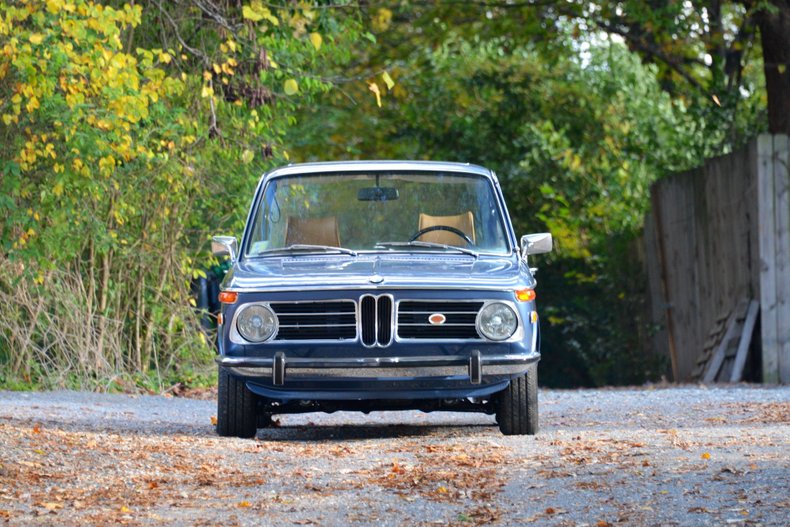 With the 2002 'Neue Klasse' models, BMW pulled itself out of financial troubles and established its identity as a performance-oriented manufacturer of automobiles for enthusiasts, while also creating the sports sedan segment so prevalent today. Another factor that makes the 2002 so important is its accessibility to such a huge number of enthusiasts. Built well and in relatively large numbers, the 2002 has a durable, tunable engine and has never gone out of style with enthusiasts. It was even called “one of modern civilization's all-time best ways to get somewhere sitting down” by Car and Driver magazine. But while there were many 2002s built, there are a few versions that stand out from the Neue Klasse crowd.

In 1972, BMW introduced the Tii (Touring, international, injected) version of the already hugely popular 2002 sports sedan. The Tii featured a 2.0-liter, SOHC inline-4-cylinder engine with a Kugelfischer mechanical fuel injection system that produced 130 hp at 5,800 rpm and 130 lb-ft at 4,500 rpm. Wider wheels, upgraded suspension and brakes were also part of the sporty package that could get to 60 mph in 9.0 seconds and a top speed of 115 mph. The sportiest of the 2002 road cars, the '72 to '74 Tii was recently picked by Sports Car Market as one of the five best cars to buy for $50,000 or less, and author Steve Serio argues that they are “the single-best fun, usable daily drivers ever.”

The BMW 2002 offered here, chassis 2763507, is a genuine 1973 Tii model - the last year for the elegant, more desirable chrome bumpers and celebrated round taillights. It was built on February 22, 1973 and delivered to Hoffman Motors Corp. in New York, one of the approximately 1,300 Tii models produced that year.

Little is known about the ownership history of this 2002 before it ended up in Puerto Rico in 2008. While previous owners reported it lived in the Southern United States, documentation doesn't currently exist to support the claim. Nevertheless, pictures show this matching-numbers example as a solid, excellent candidate for the restoration that would soon come. This thorough restoration was carried out over approximately 12 months and was documented in pictures and with loads (and loads) of receipts.

Following its restoration, chassis 2763507 was entered in an Antique Automobile Club of America (AACA) event on March 12, 2011. Supporting the quality of the restoration, this 2002 Tii scored 378 points out of 400, well above the minimum 365 points needed for a National First Prize. The judging sheet (see below) showed two 'major' reductions – five points for an incorrect battery and six points for incorrect hose clamps.

Notably, the 2002 has been retrofitted with a 5-speed from a later E21 320i BMW, a popular choice that brings more driving flexibility and much better highway performance.

We purchased 2763507 in 2013 from a Sports Car Digest reader. The gutsy and always-reliable Tii does everything we've asked, whether daily driving it (from garage to garage), getting tons of approving looks and comments at the local Cars and Coffee or entering it in the 2014 Pinehurst Concours d'Elegance. We currently have way too many projects at Sports Car Digest, so the time has come to bring it to market.