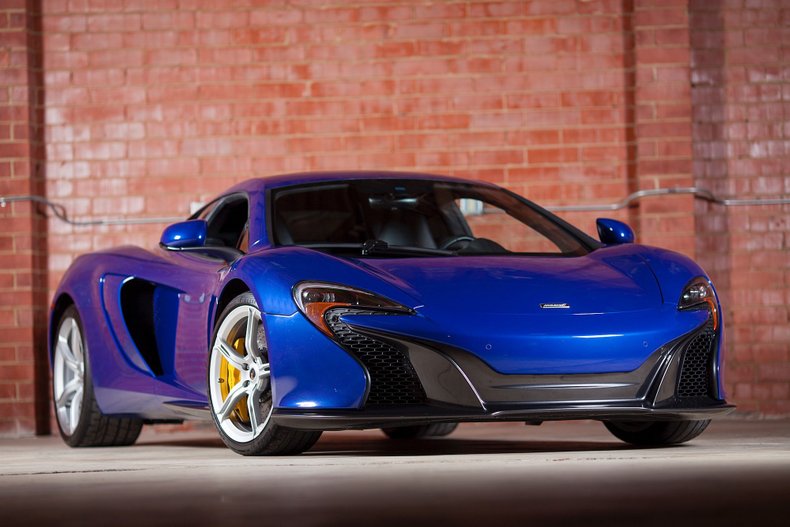 *A user-friendly supercar from one of the most iconic names in motorsport
*207 MPH top speed, 0-60 MPH in 3 seconds
*Stunning color combination
*Available for immediate inspection at our Charlotte, NC office

In 2009 McLaren Automotive revealed an exciting new sports car, the MP4-12C. Launched a couple years later, the new car was met with considerable praise with such details as the carbon fiber structure and the hydraulic suspension system that was deemed a revelation. This state-of-the-art suspension would take place of the conventional anti-roll bars, offering sublime handling characteristics as well as a remarkably supple ride quality. A few years later, McLaren would reveal the 650S, which would replace "12C" using 25% new parts and technologies used from their P1 supercar program.

The 650S used a heavily revised version of McLaren's own M838T, 3.8L twin-turbocharged V8 and the slick, double-clutch gearbox that had also undergone software changes. As Steve Sutcliffe of Autocar Magazine describes in their 650S review, "So much better than the 12C it defies belief." McLaren took notice of teething issues associated with their MP4-12C and the result is a much more well-rounded machine.

Delivered new to McLaren Tampa Bay, this McLaren was nicely equipped with an original MSRP of $283,020. Unlike many of these cars that sadly sit dormant and develop issues, this 650S saw regular use and extensive maintenance attention from McLaren Tampa Bay and McLaren Palm Beach. This example today shows almost no signs of use and is ready to be enjoyed.