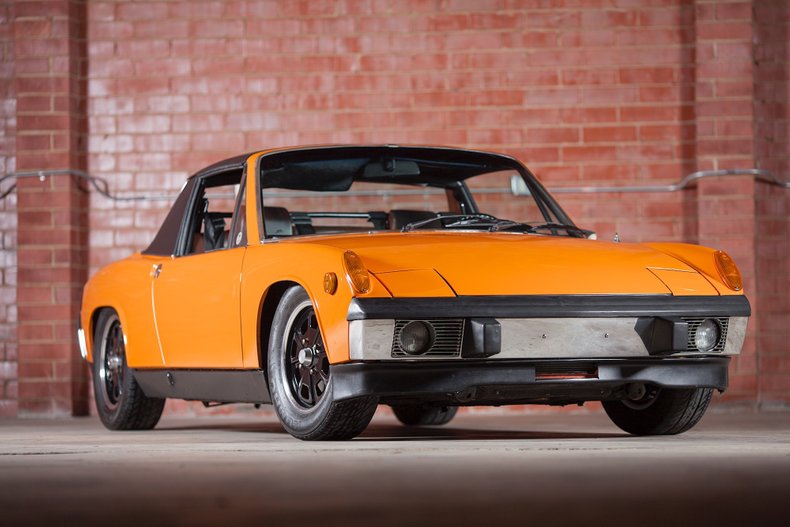 By the late 1960s, both Volkswagen and Porsche were in need of new models; Porsche was looking for a replacement for their entry-level 912, and Volkswagen wanted a new range-topping sports coupé to replace the Karmann Ghia coupé. At the time, the majority of Volkswagen's developmental work was handled by Porsche, part of a setup that dated back to Porsche's founding; Volkswagen needed to contract out one last project to Porsche to fulfill the contract, and decided to make the 914 that project. Ferdinand Piëch, who was in charge of research and development at Porsche, was put in charge of the 914 project.

This example has survived an era where the values of 914s only amounted to only four digits. This alone has made finding well-documented and sorted examples increasingly difficult today.

Originally sold by Algar Porsche-Audi in Rosemont, PA, the original owner was clearly a fan of the color orange, as included paperwork shows Mr. Giampetro trading his Orange '73 VW Beetle in for the "new" Signal Orange 914 2.0. This 914 has seen considerable maintenance carried out and many of the typical 914 issues cured during its lifetime. Some of these items included, engine and transaxle rebuilt by marque specialist, professional metal repair to known 914 problem areas carried out, suspension and braking system lightly upgraded for more spirited use. In addition to maintenance, the car has now been fitted with Mocal auxiliary oil cooler and a Megasquirt programmable electronic fuel injection system for improved drivability and reliable use.

This 914 is the ideal choice for the Porsche enthusiast looking for a fun, low-risk sports car for use on the track or as a corner-carving backroad machine.