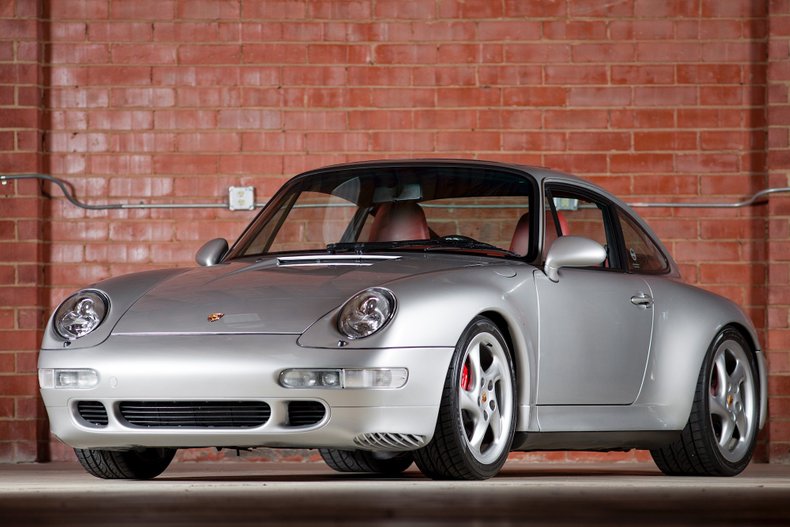 The Porsche 993 is the internal designation for the version of the Porsche 911 model manufactured and sold between January 1994 and early 1998 (model years 1995 - 1998 in the United States), replacing the 964. Its discontinuation marked the end of air-cooled Porsches, with the 993 being the last air-cooled 911. The 993 generation of the 911 is often referred to as the best and most desirable of the 911 series, not only because of its beauty, but also because of its great performance, even by modern standards.

The Carrera 4 S (1996) and later rear wheel drive Carrera S (1997) shared the Turbo model's bodyshell, but housed the naturally aspirated Carrera engine in the rear. The 4S came with four-wheel drive, whereas the S (also referred to as C2S) was rear wheel drive. Both S models had slightly lowered suspension compared to standard Carrera models. The all wheel drive 4S is heavier than the C2S due to the former's all wheel drive mechanicals, resulting in a curb weight of 3,197 pounds for the C4S vs. 3,064 pounds for the C2S. This also results in both a quicker 0-60 time as well as a higher top speed for the C2S as compared with the C4S.

The widebodies, and in particular the C2S, are the most valuable and achieve the highest sales prices. In addition, the widebodies are quite rare, with just 1,752 C2S examples made for all of North America during the entire 993 series run (in part because they were manufactured only for the 1997 model year, together with a very brief stub period later in 1997 denominated as 1998 models).