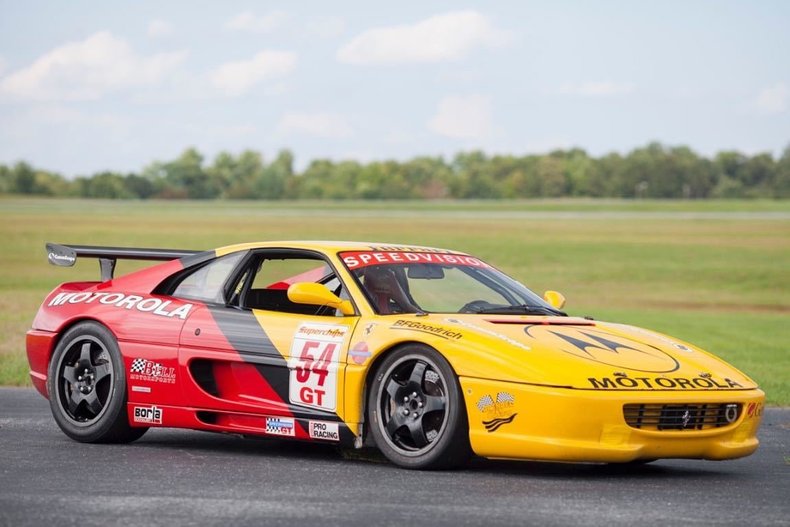 Single-marque motorsports have always represented a powerful means of advertising to the motoring enthusiast, as it displays that a nearly showroom stock production car can compete in the heat of competition. The idea has been borrowed by nearly every manufacturer imaginable; from BMW to Porsche, and even Toyota. Nothing is off limits. When Ferrari decided to take part in this marketing endeavor in 1993, they started off with their hot 348 Berlinetta model, which could be modified by a dealer-installed package that converted your run-of-the-mill road car into a competition machine.

The rest is history, as they might say. With some manufacturers only dabbling with the idea, Ferrari has turned it into a business and a brand that is still around today. With a grid that was generally filled with names you might recognize from Fortune or Forbes, Ferrari is clearly onto something.

Ferrari's next candidate for their Challenge series was their new F355 model in 1995. The 355 represented a shift, as for 1996 they went from merely modifying road cars to selling factory-built race cars, much like Porsche did with their ubiquitous “Cup” and “Supercup” series. The competition was strong and full of up-and-coming drivers, including the late Matthew Drendel, who would later race professionally in Grand-Am and then go on to purchase a few, special Porsches later in life.

The example on offer here was raced in anger by Drendel in the Ferrari Challenge Championship for their 1998 and 1999 season for the 'Cable Trackers' team. This car would later be lightly modified to compete in the Speedvision World Challenge Series for their 2000 season. The development of this 355 Challenge race car didn't stop at the factory.

This 1998 Ferrari F355 Challenge #111774 was sold from the Drendel Family Collection near the end of 2001 and has remained with the same collector until now. Actively campaigned during this time and used as a highly competent track-day machine, the 355 Challenge is still dressed in the same livery that it ran in during its previous life as a competition machine. Graced with a perfect amount of aesthetic patina, it has enjoyed fastidious ownership with plenty of maintenance that is well documented. The car enjoyed use as recently as May 2014 at Road Atlanta.

The racing eligibility for these ex-Challenge cars has now grown in the recent years, as they are now eligible within most historic sanctioning bodies in the United States, including HMSA, SVRA, HSR and SCCA. More recently, the Ferrari Club of America has offered a Historic Challenge Racing series for owners that crave door-to-door racing. Along with this, the Forza Tifosi Challenge, through Challenge Club Racing, offers even more Ferrari Challenge specific events that are hosted at well-known circuits throughout the United States.

The Ferrari Challenge cars represent great value for the grassroots racer to get behind the wheel of a competent, Ferrari factory-built race car. The F355 Challenge is a pivotal point in Ferrari's history, as it represented the end of the analog-age, manually shifted Challenge cars and the beginning of their purpose-built racing car program for their Challenge series.